#FollowYourPassion – The Journey to Becoming Head Physio for Leinster Rugby 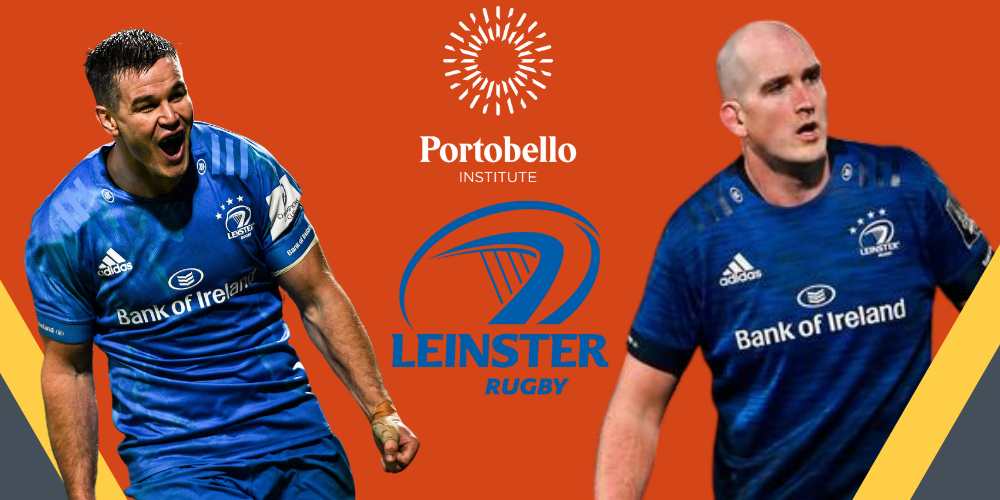 Like many in the industry, as a young boy, Garreth Farrell might have dreamt of a potential career on the rugby field. As he grew older, that dream seemed unlikely, as he admits, ‘I was alright, but I wasn’t a stand-out’.

This didn’t act as a deterrent to work in professional sports, however. His love and passion for sport were very much still there. And it would take him all the way to the role of Head Physiotherapist for Leinster Rugby.

But not before an important decision at 15.

“At the age of 15, I was toying between doing a career in law or in physio. I did a week of work experience in law practice and that was enough to swing it the other way, towards physio. I could not see myself doing law every day,” he said.

It was a winding journey for Garreth as it is for many who set out to become physios. He had to look away from Ireland to begin the educational path that would lead him to Ireland’s most successful club rugby team.

“I went over to the UK. I just missed out on the points in Ireland. I had filled out the UK application forms.

“At the time, I wanted to go to Bath, because Bath was the team to beat from a rugby perspective, at a time when I was getting more and more into rugby.

“I got accepted into Brighton instead and loved it there. It was everything that I thought it’d be and more. I really enjoyed studying there and it probably gave me more of a passion for sport really,” he said.

While the ambition was still to work in professional sports and, in an ideal world, rugby, it wouldn’t be that straightforward a path for Garreth, who would gain experience elsewhere.

“At the age of 15, I said I wanted to go and work in pro sport, pro rugby really, but it took me a while to get there.

“I studied in Brighton and then I worked in the NHS for a bit. Then locum [tenens] for a bit in the UK. I worked in a number of private practices.

“Then I went and worked for Ford Motor Company, doing their on-site physio. Worked in a Jewish practice in North Manchester which was very different, culturally, to anything I had experienced previously. Worked in a number of private practices and hospitals around the UK which was great for the experience,” he said.

As many practitioners in professional sports know, the more qualifications you have, the better a position you are in to follow your passion and obtain the career you want. This was no different for Garreth who, through contacts in the industry, was made aware of a master’s programme that would eventually kickstart his career in sport, though he would have to travel once again to do it.

“On that journey, I had seen a number of other practitioners, and the ones that stood out to me over time had gone to Australia.

“There were two courses over there that they had come from. One in Perth and one in Queensland. They were both physio master’s programmes.

“I spent a couple of years saving up for that because it was a full-time master’s and I had to pay overseas fees. It took me a while to gather the funds for that,” he said.

It was a wise investment as it gave him a much better understanding of the scientific and theoretical basis for the discipline of physiotherapy.

“It was a really good course. They put you through your paces. Because it’s a year, it’s very intensive.

“You go out on clinical practice in the morning and come back for lectures in the afternoon or vice versa. You’re normally put with one or two others, and you have your supervisor.

Upon returning from Australia, Garreth went about putting what he had just learned Down Under into practice, setting up his own private clinic in the newly opened Dundrum Town Centre. It would be one of two clinics that he would open before, in 2008, the opportunity he had been waiting for presented itself.

“The opportunities to get into professional sport were still very slim and then a role came up with Leinster in 2008. I was lucky enough to get that. 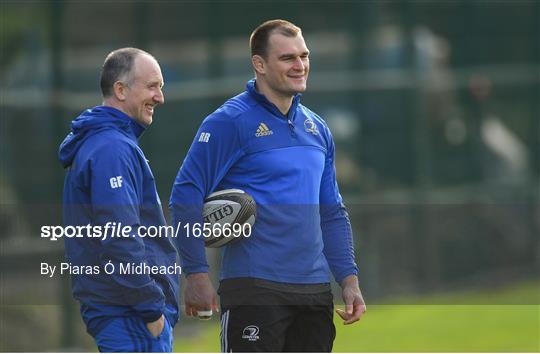 “There was myself and one other physio, James Allen. He was great. He showed me the ropes around Leinster. The whole thing kind of grew from there.

“I had a decision to make in and around 2010 about whether to keep the private clinics on or not. I was torn in many directions. I was covering Lansdowne Rugby Club, had the clinical practice and was working in Leinster. There were just too many plates in the air. I knew to do any of them well I had to decide on one. Leinster won out,” Garreth said.

It would be a good decision for him as very quickly the role of Head Physio came about and Garreth would fill it.

Since then, he has gone on to grow the team into four full-time staff as well as academy staff and a number of sessional staff that all strive to maintain the high standards set by Leinster Rugby.

While on the field success is obviously the main goal for Garreth and his team, there are many ways they take satisfaction in the work they do. 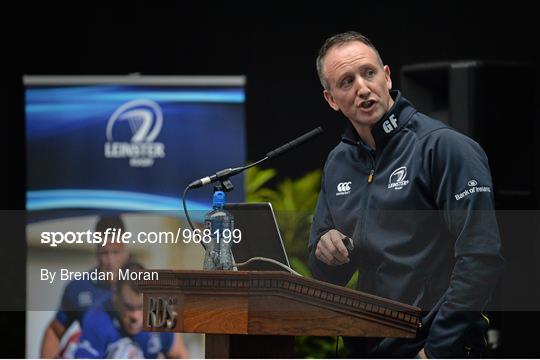 “Probably setting the players up to be as successful as they can be, especially when they return. Can they come back and perform at a higher level than when they left the field? That’d be one of the challenges.

“We don’t always get that right, but that’s what we aim for as a group and collectively, we pride ourselves on trying to achieve that.

“We’ve structured how we rehab players and organise that and we sit down with the player at the very start of their injury journey, to identify what those KPIs are for the return to play so that everybody is in agreement at the start. It’s not just one person. There’s a team behind facilitating that player to come back at that level and obviously the player needs to put in that degree of work. There’s big satisfaction in that.

“There’s big satisfaction in the staff, in seeing them grow. The more that they can grow, and their confidence grows, and they can share and are open enough to share amongst themselves, then we will always be able to challenge each other.

“Being able to challenge each other is important. Seeing the staff have that confidence to be able to do that, you know you’re in a relatively good place.

“Having a very much science-based and literature supported rehab programme, basing your decision-making, and seeing the staff base their decisions and validate their decisions with the science, is what’s important really,” he said.

Garreth also has a lecturing role with the neighbouring University College Dublin, which he says can be very beneficial to the work he does as a practitioner and vice versa.

“I think it helps me stay fresh and be challenged by my own peers. They definitely go hand in hand.

As someone who could have very well ended up going down a route, he wasn’t altogether passionate about, in law, Garreth’s message for those in a similar situation is clear.

“The barometer for me is waking up every morning and I never have that sense of dread or not wanting to go to work. For me, I love going to work.

“Yes, there are days when it’s tough or there are long weeks and it’s not easy. But there’s never a day where I don’t want to go to work, or I dread going to work.

“Especially when your work gets tough and let’s face it, you’re going to have challenges and pressures and it is going to be tough. You’re going to need to love what you’re doing if you’re to do it for a long period of your life.

“There’s only so long you can do something that you don’t like and it’s going to impact your health and your mental wellbeing and infiltrate who you are as a person. I think following your passion is just being true to yourself. It’ll catch up with you in other ways if you don’t," he said. 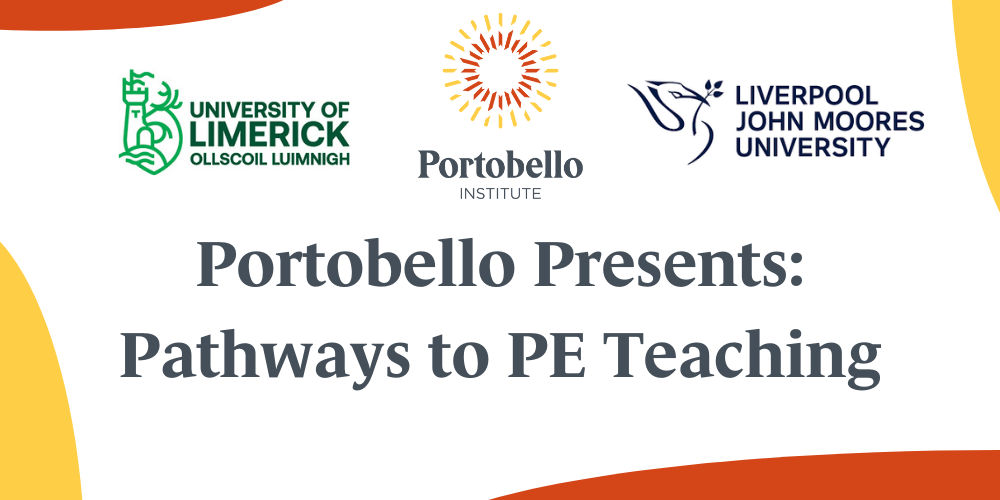 Portobello Presents: Pathways to PE Teaching with Leaders from UL and LJMU 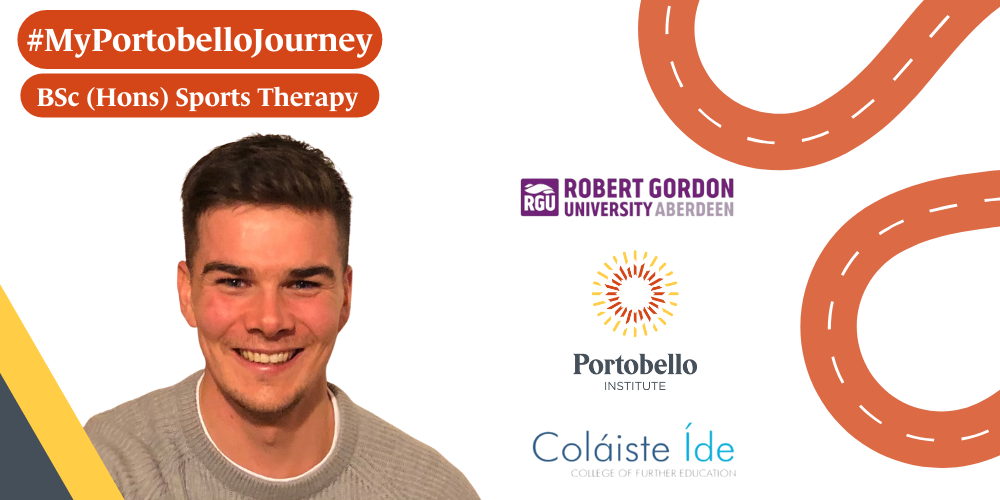