What is Play Therapy and When is it Relevant? 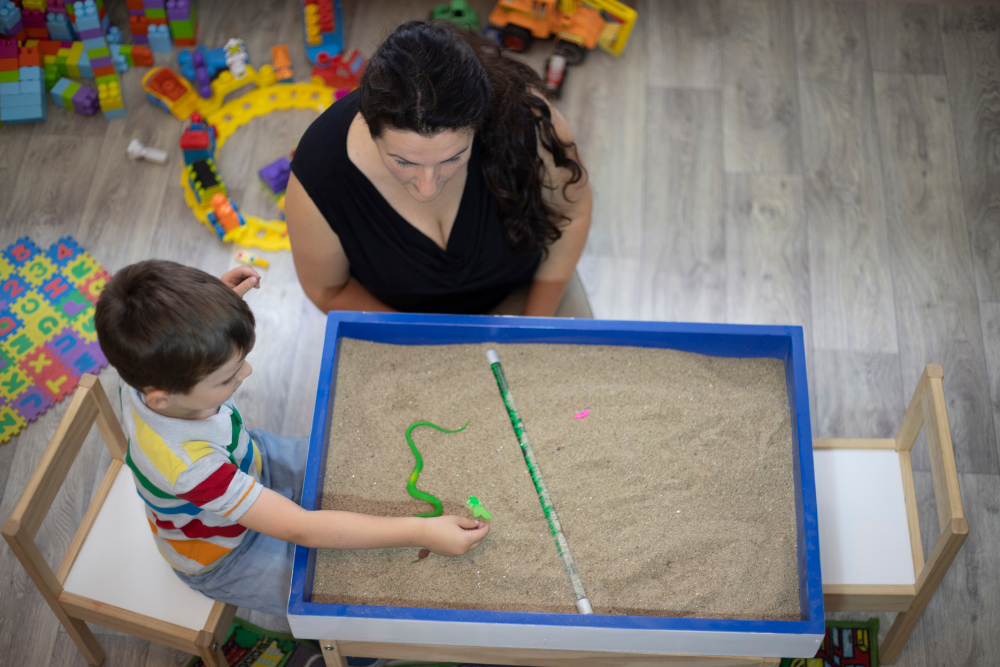 Play Therapy is a therapeutic practice used as a means of helping children express or communicate their feelings.

Qualified play therapist and Therapeutic Play Skills (TPS) tutor at Portobello Institute, Aoife Kelly, shares her expert knowledge to delve into what play therapy is and when it is relevant for children.

“The whole idea of play therapy is about supporting the child’s emotional health and wellbeing through a therapeutic lens.

“Play therapy is all about working with children in a non-directive way so they can process what’s going on for them through play. The play we use can be make-believe play, fantasy play and through creative mediums such as art, sand, clay, Lego etc.

“The children are all working through their process and getting the support that they need which is really me being there with them, but they are doing the work. I am figuratively holding that space with them so that they process things out. Play Therapy isn’t a quick fix solution or a magic pill, parents come into me and say, ‘can you fix her/him?’ and I say no because that’s not what this is about.

“I’m there to support those children to try and accept themselves for who they are.

“This Therapeutic Play skills module allows for the basic understanding of what the world of play therapy is like. What I try to do is give some practical applications so early childhood practitioners could benefit with children who are displaying or presenting with separation anxiety, challenging behaviour, transition in their lives so they can get some skills around group Lego play, sand play or art and crafts from more of a therapeutic context.

“It allows early years practitioners and SNAs to complete a missing piece in terms of pre-school education because the focus now is so on the holistic child, we look at them physically, intellectually, language, socially but that emotional development isn’t looked at into the depth that this TPS module can do,” she said.

How is Play Therapy Different to Montessori or Special Needs Assisting?

“Play therapy is non-directive and that’s the thing coming from an educational background where you are usually planning for children. The biggest challenge is that transfer of new skills to step back and leave the space for the children and see what they engage with.

“So often what I would be thinking children could use as an opportunity or how they could use a piece of material, they come up with a completely different use for it and engagement with it, that never ceases to amaze me.

“I had a little boy last week and he couldn’t get the glue out, he was trying to unscrew it and I remember just wanting to help him but you can’t do that you have to resist interfering so until he asks you for help you have to just sit with him. People say to me ‘you’re just sitting there’ but no you are sitting with them. There's what we call an emotional investment which we can’t quantify it’s completely energetic you can sense it and feel it but you can't touch it and quantify it in a physical context. I have to trust him, that’s part of it as well, I trust that he knows what he needs to do.

“I had another client recently who figured another way out of a problem instead of asking me to try to open a lunchbox, he levered something in it, it was really impressive he used his ingenuity, but had I interfered with that I would have stifled him and his potential for problem solving.

“Play therapists are trained in the theories of Carl Jung and Carl Rogers. Carl Rogers was really a revolutionary American psychologist who rather than calling people ‘patients’ he changed the name to ‘clients’. One of his beliefs is that the client can fix their own problems if they are given the right environment and opportunity to do that. He also said it’s important to have an empathetic connection and understanding with your clients.

“A student of his called Virginia Axline took the core of his theories and put together eight principals and they are the eight principals of non-directive play therapy. Basically, it is accepting the child for who they are. When they come in each week, we are looking at a different child because they are working through an internal process. We don’t rush the therapy; we allow them to problem solve on their own," she said.

Examples of Play Therapy in Action

“I have my own private practice. I don’t normally work over the summer or school term but since the pandemic children who would normally never be on my radar have been referred to me. They are sensing the anxiety of this whole pandemic, they’re scared, they’re worried. A lot of them are presenting with nightmares so we are doing play therapy to work through that.

“I got an email this morning from a parent of a previous client who said to me that her little girl, who is nine, is really engaged at home, she has loved being at home because school was her challenge and now she’s getting anxious knowing that school is coming back so she booked in for a few more sessions to start helping her to prepare herself for that impending back to school scenario.

“I’ve two older girls that have started with me, they tend to go for the arts and crafts whereas with the lads I could be kicking a little plastic ball.

"I have a net on the wall and it gets used so often and it’s just great. Slime and messy play are popular. I just can’t keep enough of it there and some of the kids just fire everything in and they make, by default, amazing slime, and others are so particular and it comes out so beautiful.

"In terms of a typical session, I do 50-minute sessions, the average is about an hour. They come in they all have a little schedule so if there are ten sessions or twelve, each week they colour a little square, so they know how many visits they’ve had with me and then they just go at it,” she said.

What do we offer at Portobello and where can it lead?

Portobello Institute offers a Therapeutic Play Skills QQI Level 6 course that is delivered over two Saturdays online with Aoife. She explains how this is a basic introduction into the world of play therapy and a valuable addition for early years practitioners and SNA’s to gain the full scope of pre-school education.

“This module is really a dip into the world of play therapy. It allows early childhood practitioners to add to their CV in that they can now credit themselves with this module, but they couldn’t work as a play therapist or a therapeutic play practitioner outside of the setting.

“This course is a steppingstone into therapeutic play. I say to interested students who complete this course your next step is to look at Play Therapy Ireland and NUI Galway courses as I also teach there. A number of students come on board from Portobello to the Postgraduate in NUIG,” she said.

Our admissions expert Jennifer Matteazzi is available to talk you through all aspects of the course, fees, delivery method and qualification in more detail. Book a consultation with Jennifer here, call 018920031 or email jennifer.matteazzi@portobelloinstitute.com.

Read more: Our tutor turned her career around from airport manager to SNA 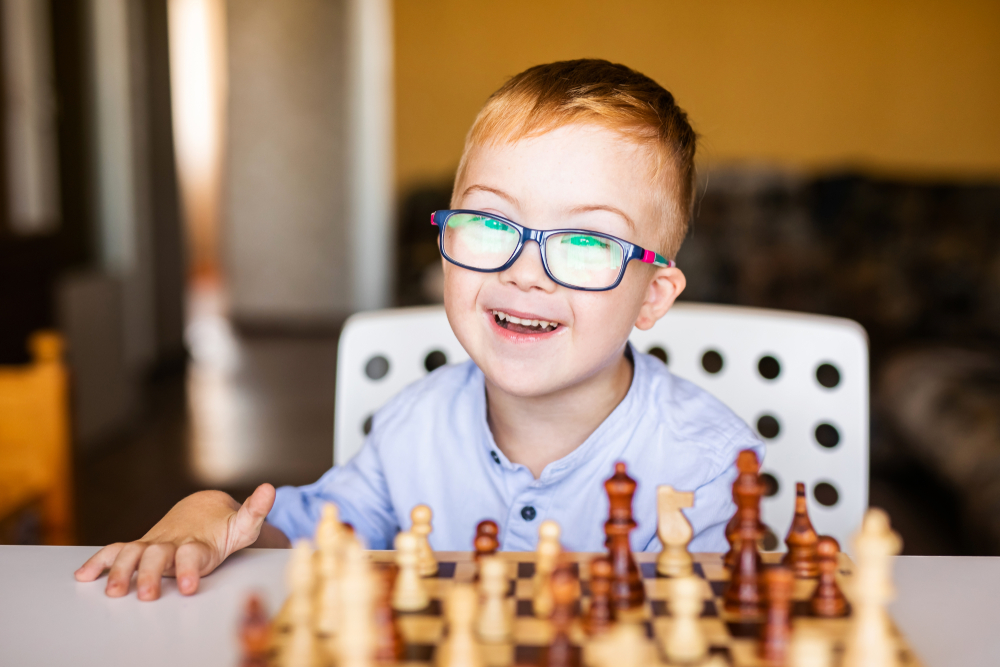 A Background in Montessori Led Our Tutor to Play Therapy | Portobello 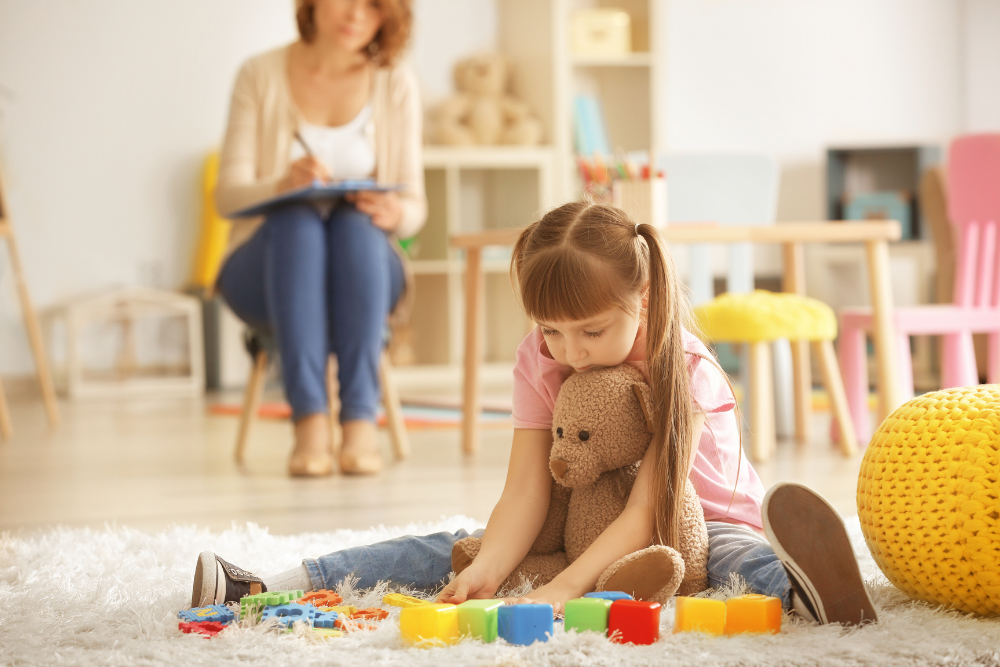 Play Therapy in a Pandemic: Children Coping with Covid-19 Impact

Ready to Get Hands On With Play Therapy?